Here’s the perfect response to Kavanaugh defenders who say he was ‘just a kid.’

And, most recently, people are making excuses for the alleged sexual assaults committed by Supreme Court nominee, Brett Kavanaugh.

In a recent tweet thread, writer, activist, and editorial director at Crush the Midterms, Marisa Kabas perfectly picked apart the excuses made by some of Kavanaugh’s supporters.

While some simply don’t believe the allegations, many have made excuses for his alleged behavior, claiming he was “just a boy” and that what he did “shouldn’t ruin his life.”

But when they do so, they are neglecting the most important person in the story, the victim. 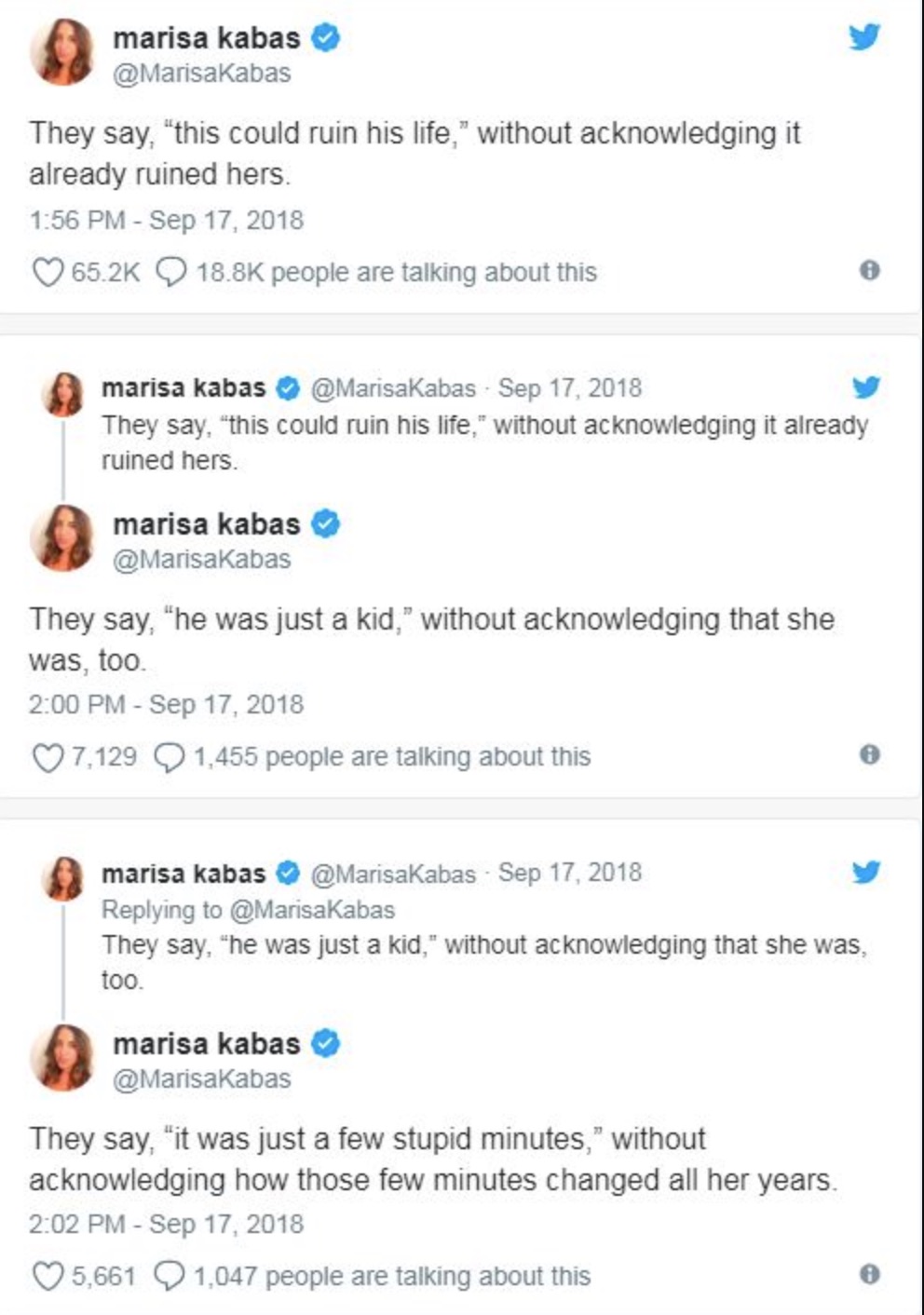 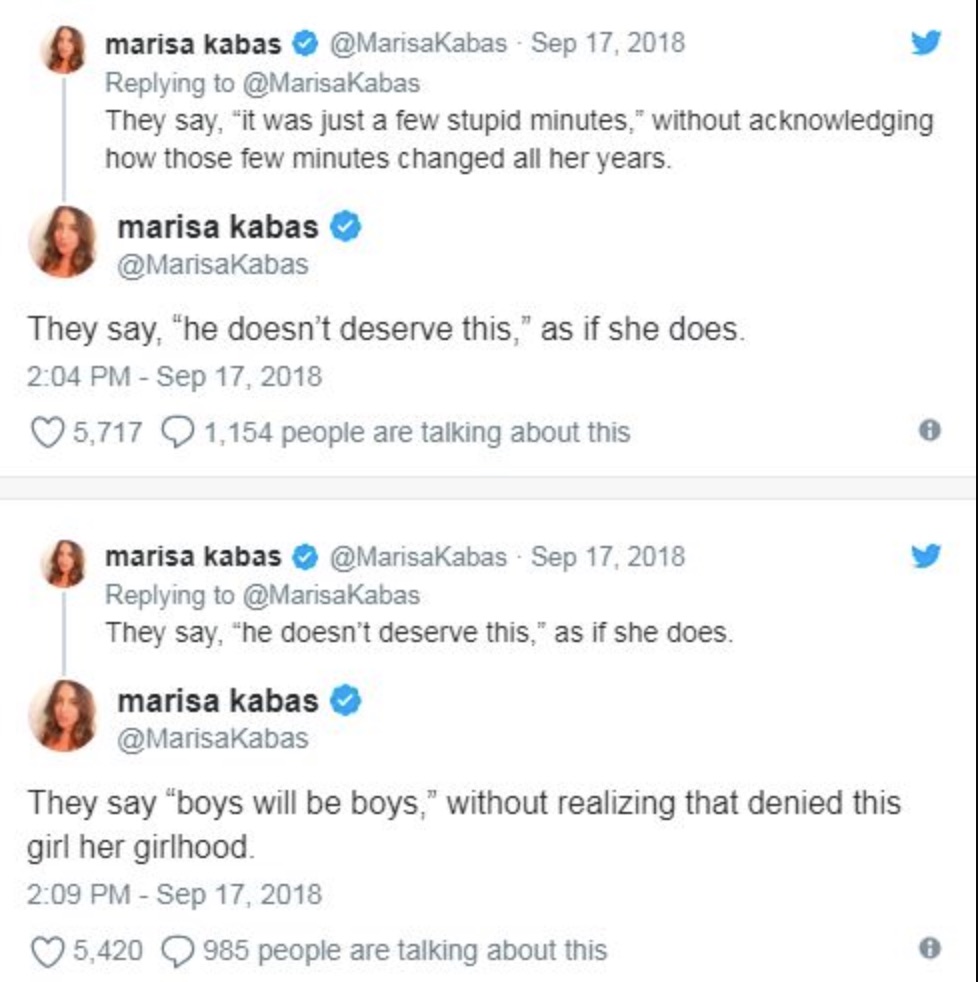